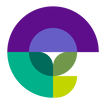 ​
"Just Try Us!”
$35 for one week unlimited group fitness classes
*Must be resident of MN/WI. One Per Person. Must be new to Energy.
Not combinable.
Purchase "Just Try Us"
​All photos are protected by U. S. and international copyright laws and cannot be copied, reproduced, or distributed in any way without written permission of Energy.  Love our images? Contact our photographer www.wendybphotos.com.​
988